The Roundtable -- How Tagore Influenced Me

Suprose asked 3 writers to share their thoughts on how Tagore has influenced them and inspired them. Suprose thanks these talented writers for their time and thoughts.


Sandip Roy is a journalist and writer based in Kolkatta --


"The pithiest comment I have heard about Rabindranath Tagore came from Mahasweta Devi, the grande dame of Bengali literature. At a panel about Rabindranath (and to Bengalis he is always Rabindranath, never Tagore) at the Kolkata Literary Meet this January, Mahasweta Devi was remembering meeting the poet in Shantiniketan when she was a little girl. “Tumi aar boi likho naa. Eto boi portey paari na (Please don’t write more books. I cannot read so many books),” she told the great man. The audience laughed uproariously. I did as well but with a twinge of guilt.

The first Bengali text book I read was by Rabindranath. I still remember the first poem I learned from it about the upstanding palm tree - “taal gaachh ek paaye daariye shob gaachh chhariye.” But I cannot recall having read any book by Rabindranath since leaving high school.  When I went to see an adaptation of his book Noukadubi at the cinemas last year, I had no clue how the storyline compared to the original. 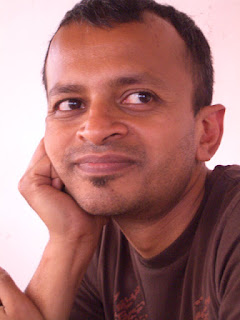 My mother on the other hand asked me if I could get her a copy of his Shesher Kobita, a book she had read in the forties, from the Kolkata Book Fair. She recited the last line from memory. She was reminded of it again when she heard Vikram Seth say that his mother had originally named him Amit after the hero of Shesher Kobita, a rather “shenshitive type” Seth complained with a smile. His mother just smiled. She said she could not read Bengali but she really wanted to name her son Amit.
Rabindranath is so much part of the bloodstream of any Bengali, even an English-medium type like me, that it’s hard to say he does not influence us. We all grew up in his shadow. The Kolkata Literary Meet opened and ended with sessions on him, an almost mandatory nomoshkar on his 150th birth anniversary. Our traffic signals sing his songs - part of our chief minister's tireless attempts to Tagoreicize us.
But at the same time while he is omnipresent culturally, and many people still do scholarly work on him, a lot of people like me rarely take the time to read him as adults. Recently I met a young American who had come to Kolkata from Houston on some kind of a Tagore scholarship. I felt supremely disqualified to advise him on anything he should do Tagore-wise, convinced that he probably knew much more about the poet and his world view than I did.
What we do know though, even through casual osmosis, are the songs. They are truly part of our cultural DNA. My mother just watched a DVD of the legendary Rabindrasangeet singer Suchitra Mitra in her last years. Mitra’s voice was cracking, she could not hold the notes, but my mother was mesmerized, mouthing the lyrics, leaning forward to hear everything Mitra had to say about singing Krishnakali.
Rabindrasangeet is alive and well and flourishing. Last year middle class Bengal was glued to a television serial Gaaner Opaarey which was ostensibly about the battle between two schools of Rabindrasangeet – the Tagore-worshipping purists of Rabindrasangeet and the free-spirited experimenters who tried to “modernize” Rabi Thakurer gaan. But just as many people watched it for the songs as they did to find out what was going to happen in the love triangle of Gora, Pupe and Pradipto. I too love Rabindrasangeet but worry that its melody and beauty actually gets in the way of seriously reading Rabindranath. I rarely read his essays, think in depth about his thoughts on the life of an artist, or his views on citizenship and the nation state. It is easier to succumb to the seduction of Rabindrasangeet instead. We do not have to be challenged by Rabindranath. We can hum him instead.
A friend, a much more well-read Bengali than me, commented that Rabindranath had an inherent advantage over his next generation of writers. He did not need to have to read the enormous volume of work that he produced. Others who had to read his work probably had very little time to do much writing after that. “One can attribute the subsequent decline of Bengali literature to that,” he said.
That is an exaggeration and a joke. But the loss, for people like me, who grew up in the shadow of Rabindranath and yet read few of those volumes of work in any depth, is probably even more acute. We do not know even what we do not know."
Chitra Banerjee Divakaruni is an award winning fiction writer based in Houston, TX -- 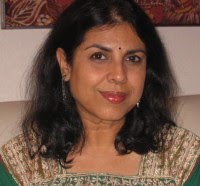 "Tagore has truly been a great inspiration to me, influencing not only my writing but my life also. I grew up reading his books, listening to his plays on the radio, singing his songs. I most appreciate his sensitive depictions of women and girls, his ability to enter their psyche and tell their stories in their own voice.
He was aware of their loneliness and disenfranchisement, their talents that were never encouraged to bloom, their love that could never find expression. His philosophical writings, urging us to nobility, molded me from my teenage years.
My favorite quotation of his is the following:
I slept and dreamed that life was joy. I awoke and saw that life was service. I acted and behold, service was joy."
Nabina Das is a writer and poet based in Hyderabad, India -- 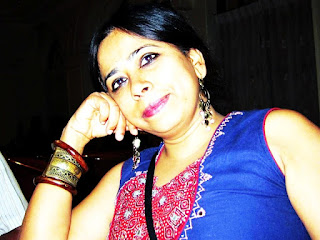 "More than his songs and poetry, Rabindranath's humanism is a greater asset to us. We have inherited a person with a rare 'Weltanschauung'  whose ideas go beyond any thoughts on nationalism. While colonial India did see a Tagore who inspired a people against Western oppression, we in today's context see.a Tagore whose all-embracing philosophy reaches out to the world, especially when even today we have severe modes of discrimination practised all over -- in the West racism and militarism prevail; in India casteism and exploitation reign supreme.
Here's a poem I'd written for a poetry website in 2009, in response to a question about the poet who influenced us the most as writers.


The influence of Tagore on writing is not just about lyric and metaphor and language, but about vision."
My Poetry Years- NABINA DAS

On a horseback through our
childish woods of romance
mixing the monsoon rains with quivers
of leaf floats making off to the Seven Seas
between homework of grammar and spelling.

So who said he wore a solemn beard?
Not on my book cover!
Duping the elders we must remain green –
exactly the way he called out:
My little greens, my little young shoots
and those lines are still the first to ring
the way it once did
candle-blowing sleepiness on
a power-outed summer night.

Reading Tagore in bed, living inside
the crumpled book leaves
I frolicked with my playmate Rabi
soared above static and sleep
(father loved late-night Tchaikovsky
on old Radio Moscow)
also cried when
the Pilgrims drowned at sea.

A drop of water. The leaf shivers.
(** The italics are references to Tagore's poetry, lines or titles...)
How did Tagore influence you?


Please share your thoughts and reactions in the comments section below.
Posted by Visi Tilak at 9:57 PM