Indira was kind enough to take some time off her schedule and answer some questions for Suprose.

Why did you become a writer?

As a child, both in India and when my family first moved to the United States, I loved to listen to stories, and later to read them, especially origin mythologies from other countries including India.  I was interested as well in what happened to the characters after the story was complete.  I was lucky in that I had teachers early on who encouraged me to write in school.  I knew I wanted to major in literature in college, but I did not think I could write novels, and never dreamed it was something to do as work.

Does one need formal training to become a fiction or non-fiction writer?

I think one needs to love to read and love words in order to write fiction. A genuine curiosity about the world around you also helps.   Formal training by practicing writers and teachers of literature gives you guidance on your drafts, points you to authors to read, and creates an expectation to hand in things by deadline, all of which is constructive to writing.  If one is moved to write, then one will. 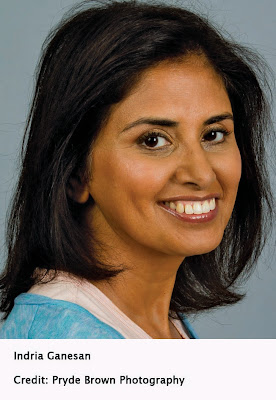 What training did you get and how did it help you?

I did my first year of college in Fine Arts at Stella Maris College in Chennai, which helped open my visual eye, but made me realize I loved English literature.  I transferred to Vassar where I wound up writing a creative thesis of poems and stories.  My college professors suggested I apply to MFA programs in fiction.  I thought of getting a PhD, but most rejected my application, while nearly every MFA program I'd applied to accepted my work.  I chose Iowa because of the financial aid package.  It was as different from my small cloistered college on the east coast as possible, but I grew to love it. O brave new world: All these graduate students who wanted to write! I found more in common with the poets at first because they were closer to me in age, and started to read contemporary poetry, which helped me look at the importance of the placement of words, space, and tone.  I began both my first two novels in college as short stories, but in Iowa, I believed it when one of my professors told me I could turn one into a novel.  I did, and that became the start of The Journey.  After Iowa, I went to the Fine Arts Work Center in Provincetown, MA. The Work Center was like a craft hall with nine other writers and ten visual artists, working away; it was an apprenticeship.

What are your thoughts on writers who are published without formal education as a writer?

More power to them! The world always needs good writers and good stories. I do not think you need formal training, just a passion for words, for books, and openness to revision.

What did you read growing up, who were some of your favorite authors?

I loved reading folktales from other countries, and I often used to take out D'Aulaires' Book of Greek Myths from the library. I loved the stories of King Arthur and Robin Hood, but I also read Nancy Drew and Enid Blyton, and the Marguerite Henry series about wild horses.  One of my favorite writers was Elizabeth Enright who wrote The Saturdays and The Four-Storey Mistake. Madeleine L’Engle, Ursula Le Guin, and Tolkien all impressed me as a teenager, as did Vonnegut, Dee Brown, and Hesse. I was also lucky to have had terrific public high school English teachers who introduced me to Chaucer, Neruda, Flaubert, and Austen, not to mention Shakespeare.

What do you find most challenging about writing fiction? And what do you love most about it?

I find it difficult to make myself sit down and write.  I can idle away hours doing nothing but reading the newspaper, or now, the Internet.  As a novelist, one has to have a novel to work on.  Virginia Woolf used to give herself exercises, like describe a mountain in the distance, and she wrote hundreds of book reviews.  There are many story ideas I have let go of, becoming bored or despairing, but once I latch onto an idea --and mind, I have only done it three times now-- I become completely engaged.  The work really does start becoming easy, because you inhabit the characters and world so completely, you start to know them.  The difficult part is letting go of the book, saying goodbye to your characters and plot, because, after all, it gave you something to look forward to every day.

What was the latest book you read? What did you like/not like about it?

The latest book I read was Sandra Cisneros’s small, lovely book on loss and recovery called Have You Seen Marie?  On the surface it about a missing cat; underneath, it is story written by a bereaved daughter, because, as Cisneros herself puts it, “ it is essential to create when the spirit is dying.  It doesn’t matter what.  Sometimes it helps to draw.  Sometimes to plant a garden…”  Sandra Cisneros writes, and her spirit infuses this book.  I read it on a sunny afternoon, after a trip to New York, in the fresh silence of a Sunday. I felt deeply content after I read it, as if I took part in a creative act myself.

What are you working on next? 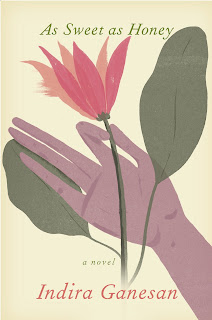 There is a tragedy in my mother's side of the family, which formed a central narrative in my growing up. I want to explore it by using one of the minor characters in As Sweet As Honey, an aunt who dies through a small mistake made at a hospital.  It is a story not much talked about, because the memories are so painful, and that aunt was so beloved in the family, but recently, her granddaughter wanted to know more, so I want do some creative exploration.

What is your dream as a writer?

I would be lying if I say I do not want my books to be widely read and loved. I used to want to be an “international” writer who writes about world issues, not “domestic”, yet I find I write about families in small neighborhoods. I hope after reading my book, the reader will smile, and say "ah," that sound of understanding and contentment.

If there was one writer, from all of time, that you could sit down and have  conversation with, pick their brains, who would it be and what would you ask them?

If I were to sit down with Virginia Woolf, I would ask her how she kept up her tremendous output, in her novels, and with her diary, and essays.  I would ask her if she snacked while she wrote, and if she did, what she ate.  She liked to cook, I recently learned.  I hope we would share a meal, after she has finished writing for the day.
Posted by Visi Tilak at 7:21 PM