He has been appropriately called, "the greatest living Canadian writer most Canadians have never heard of," by Quill & Quire magazine. Clark Blaise, who is married to writer Bharati Mukherjee, is now retired from his post as director of the international writing program at the University of Iowa, and lives in New York. His wife, Bharati, nearing the end of her tenure as a full professor at the University of California at Berkeley, lives a continent away.

An article in The Globe And The Mail says --

"Closely chaperoned Bharati Mukherjee, 23, had never been alone in the same room with a man when she met Clark Blaise at the University of Iowa near the unanticipated end of the Kennedy presidency. Two weeks later, the two young writers were married.

Almost 48 years after that, following dual careers in which the couple have published almost 30 books between them, two of them co-written and the latest two so intertwined they actually share some characters..."

Author of about 20 books of fiction and non-fiction, Clark's most recent book "The Meagre Tarmac" is a fabulous read. The Globe And The Mail says, "Even a decade ago, vigilant theorists of "post-colonial" literature would have denounced any white male with the temerity to "appropriate" the voices of characters with darker skin colours, but The Meagre Tarmac is unrepentantly their story - specifically, the generation of highly motivated professionals who poured out of a then-stagnant India in the 1970s and transformed North American life."

Why and how does Clark Blaise fit into this South Asian blog, one may ask?

To put it quite simply, his understanding of the Indian community, people and culture. As is evident in his newest collection of short stories. As the article in The Globe And The Mail says, "After 48 years of immersion in the Indian diaspora, Blaise was primed to learn its lessons. "I did the New York Times review in 1981 of [Salman Rushdie's] Midnight's Children, and it struck me then I was dealing with something that was new and unique in the history of literature," he says.


Clark Blaise who has received an Arts and Letters Award for Literature from the American Academy (2003), and in 2010 was made an Officer of the Order of Canada was kind enough to take time out to answer some questions for Suprose. We are honored to present this Tête-à-Tête With Clark Blaise.

How has fiction writing evolved since you started writing it?

When I entered the Writers Workshop 50 years ago (and studied first with Philip Roth, after having worked with Bernard Malamud in Harvard Summer School—to answer your later questions about "mentors"—the models for fiction were classic: Joyce and Chekhov as the foundation (we're talking of stories), with encouragement to find your own masters.  Among Americans here were Malamud and Roth, of course, and Updike and Cheever and Grace Paley, and there were other Irish beyond Joyce, and other Russians beyond Chekhov, like Isaac Babel.  I could appreciate Hemingway, but he didn't influence me until much later.  I'd grown up as a "Southern" writer, thanks to a swampy childhood in north-central Florida, so Faulkner and Flannery O'Connor were palpable influences--we supped at the same table.

How many influences can young writer absorb?  If he's open to too many, their competing claims might strangle him in the crib.  But there were outliers in those formative years.  I found Curtis Zahn ("American Contemporary") on my own, I heard about Irwin Faust ("Roar Lion, Roar") from a friend.  In the workshop there was always a great frenzy to find and claim a writer for your own, to make a case for him or her against everyone else's favorite.  We were still parochial, of course.  As a self-conscious Canadian as well as southern American, I was an early proponent of Hugh Hood and just a little later, Alice Munro. 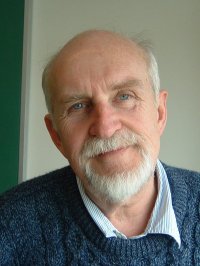 The evolution, I think, starts with internationalization.  Also with intense regionalism.  A Southerner or a Westerner could throw up a list of names unknown to a midwesterner or New Yorker.  Also with genres.  Remember, many of my Iowa classmates who were then struggling to find their voice, who are today's major influences, like Ray Carver or Joy Williams.  There's still a hunger for young writers to find new writers, but that map has expanded.  Once I married into India (Bharati Mukherjee) while still in the workshop, I had a different world dropped into my mailbox.  I think now the influences on a young writer are everywhere: they can import foreign voices (and they travel now, so their own foreign experiences), the drug culture, hook-ups, pop culture references from music and movies and TV and social media, formerly "exotic" immigrant experiences outside the usual European.  There are stories I read that I realize are borrowing from technical manuals whose intricacies are beyond me.  But in his day, so was Ulysses.

How did you get into fiction writing? When did you discover you wanted to be a writer?

I backed into it, in my undergraduate days at Denison University (Ohio).  I started out as a geology/geography major, based on all the traveling and resettlement I'd gone through as a child.  Then, abruptly, my parents divorced and the tenuous connection I'd felt with the physical world was shattered.  I had to face the question of who I was and where I was going, so I dropped out of school and worked in the South (this was 1959-60), joined the Freedom Movement, and had a life-defining moment in a Tennessee jail after sitting in.  One of my cell-mates was an inspiring graduate student in Theology from Vanderbilt, and he read Vincent van Gogh's "Dear Theo" to us all night.  I knew I wanted to follow that path.  I eventually came back to Denison, on loans, as an English major.  I started writing of my southern background and found an immediate audience and for the first time in my life, approval.  Then I went on to Harvard that summer and found friendship and approval from Malamud, then Iowa, then returned to Canada—Montreal—to explore my Canadian and French-Canadian ancestry, started a graduate writing program, and moved from being a Southern writer to a Canadian/American one.  After 15 years, we moved back to the States, at 40.  It was a liberating move for Bharati, but I never re-established the position I'd enjoyed in Canada.

Who and what did you read when you were studying to be a writer?

Starting from the day I returned to Denison as a junior, I swore an oath to read a book every day, and I continued to do so through my remaining time at Denison, then at Harvard, then at Iowa.  It was a daisy-chain of books.  Any mention of an author I'd not read, or never heard of, I took as an insult to my oath.  It's a great way to learn one's craft.  Why do writers hold our interest and make us go out and search for other titles.  Why do others seem overblown?  My earliest favorites were Dreiser, Lawrence, Faulkner.

When did you publish your first book and how difficult or easy was it for you at the time?

My first book was "New Canadian Writing 1968" using 4 of my stories, and 4 from two other young authors (one of whom, Dave Godfrey, had been a classmate at Iowa).  But my first "real" book, all mine, was "A North American Education", stories, many of them linked, most of them set in Montreal (1972).   It was brought out by Doubleday Canada, but also picked up in New York, where Doubleday brought out my next story collection, "Tribal Justice" in 1973. The process was deceptively easy.  My colleague in Montreal, Margaret Atwood, had wanted my first book for her new publishing house in Toronto (House of Anansi), but by then Doubleday had already claimed it.  I would have been happy either way.  I stayed with Doubleday for "Days and Nights in Calcutta" (a joint non-fiction with Bharati), and "Lunar Attractions", a novel, and "Lusts", another novel.

Any authors/writers who were your mentors?

Too many, from my experience.  Eventually, you absorb (steal from?) what you need, and retire the ones you don't.

How has the publishing cycle changed recently?

Let's say I started with Doubleday in New York where Jackie Kennedy was roaming the halls, to a series of small, boutique Canadian houses who do beautiful work and care about building a list and honoring their writers.  So the publishing world (for me) has shrunk, and also grown.  I had a small taste of late-70's "stardom" in the US, but I was living in Canada.  I've had star-turns in Canada, of late, but I'm living in the States.

How do you feel about the focus on marketing, and writers getting pulled into performing more marketing tasks versus getting back to their writing?

How can you feel?  It's an unnatural fit for most of us, but a perfect opening for some.  Generally, I find the much younger writers are very comfortable with marketing, commerce, media, etc. and accept the necessity of helping to move "the product."  (But so were Fitzgerald and Hemingway).  Look, it's a much wealthier country today than it was when Bharati and I were starting out.  It was easier to stand with our great bohemian, anti-bourgeois brethren from the 19th century, Flaubert, Joyce, Baudelaire, etc.  Now it would look like a new marketing ploy, and it would be rewarded.  We never expected to make money, and if it did, we were grateful.  But now, when I teach young writers they often ask me for names of agents and editors, not other authors to read.

Who are some authors that you recommend upcoming creative writers read?

Well, when I have the opportunity to expound, I usually say what I said above: know the foundational texts, understand them profoundly, but keep an eye out for contemporaries from all over the world who fortify those foundations.  It's probably a sound policy to know the works that have stood the test of distant times and faraway places, and not always be looking for the latest thing, le dernier cri.  They tend to have their season(s) then fade, leaving you nothing.

What is the most challenging part of creative/fiction writing, and what are some recommendations that you have to overcome these?

After 50 years, keeping fresh, keeping curious, and of course establishing enough of a "track record" of sales or critical attention to keep a publisher interested.  Moving on to new things, new styles, new ideas without abandoning the decades of work that got you here.

Do you have any exercises for writers block that you like to use? Can you recommend a couple?

None.  If you're going to write, you'll have losses and betrayals, as in every art form.  What you need is faith in yourself, and in the creation that still shines before you.

What are some books that are currently on your nightstand, waiting to be read?

Right now I'm working on two books (maybe three).  One is fiction, based on French life in North America, so those books are mainly in French, and available only in Quebec.  But I'm involved on something with broader appeal, though based on the break-through in genetic research, so my desk (not night table) groans with scientific offprints, and some foundational texts like E. O. Wilson's Sociobiology, Crick and Watson's memoirs of DNA research, Dawkins, etc.  I'm thankful for those few years of science at Denison.  They left me ever curious.