Salman Rushdies memoir, Joseph Anton, about his time in hiding is making a grand entrance. 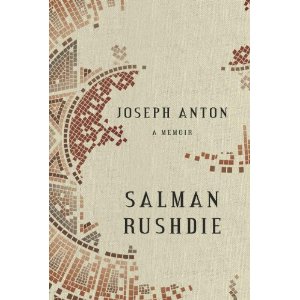 
Twenty-three years after the Ayatollah Ruhollah Khomeini issued his death warrant on Salman Rushdie and forced on the novelist a decade of hellish seclusion, Rushdie is publishing this week a brilliant memoir of those years of endurance, called “Joseph Anton.” (Rushdie’s security detail asked that he devise an alias and “Joseph Anton”—the first names of Conrad and Chekhov—is what he chose.) Readers of the excerpt from Rushdie’s new book that was published here earlier this month could readily sense the shaming helplessness of his experience and his astonishing capacity to tell the story straight. There is in the memoir a kind of absolute honesty, a willingness to pass clear-eyed judgment on everyone involved—including, most ruthlessly, himself. “Joseph Anton,” which is written in a deliberately distancing, yet scrupulously accurate, third-person voice, is, in its way, as important a book as “Midnight’s Children,” the novel that gave birth to the Rushdie phenomenon, in 1981.


Read an excerpt from the memoir here.  Several reviews of Joseph Anton are already flooding media outlets. Some of them are below.

The humiliations, the parties, the failures of analysis -- Pankaj Mishra's review of Salman Rushdie's memoir in The Guardian here.

A great piece that sums it all up titled, "11 Revelations From Salman Rushdie’s Memoir, ‘Joseph Anton" was published in The Daily Beast.

The WSJ review "Life in the Fatwa's Shadow" is here.