The Thing About Thugs by Tabish Khair was shortlisted for the Man Asian Literary Prize in 2010. His bio on the Man Asian website reads:


"Tabish Khair is an acclaimed poet and novelist whose recent novels have been short-listed for the Encore Award (UK) and the Crossword Prize (India). Translated into various languages, his works includeWhere Parallel Lines Meet, Babu Fictions: Alienation in Indian English Novels, The Bus Stopped, Filming: A Love Story, The Glum Peacock and The Gothic, Postcolonialism and Otherness: Ghosts from Elsewhere."

Tabish Khair left his home town of Bodh Gaya (where Buddha gained enlightenment) after being threatened by local fundamentalists. Before moving west, he worked as a journalist in New Delhi. He now teaches literature at Aarhus University in Denmark. The Thing About Thugs is his third novel and the first to be published in the United States. Suprose is honored to feature Khair in it's Tête-à-Tête series.

What do you teach at Aarhus?
TK: Everything in English literature, from Chaucer to Coetzee. Though I wish I could teach books in translation, and in the other languages that I know too.

At what age did you start writing? When did you discover you wanted to become a writer?
TK: Pretty early, according to my parents. They collected poems I had written from the age of seven or eight. I think I managed to steal and burn most of them later on. What a relief! My parents did not want me to be a writer -- they were afraid I would starve -- but they were quite proud of my precocious scribblings.

Do you consider yourself a poet or a fiction writer? Which one is your passion?
TK: I am a writer. I think the theme, idea, effect etc indicate the genre. One listens to the book in formation and writes accordingly. It sounds mystical, but it is a hard, solid fact of writing: you need to listen to the book you are writing.

How do you switch hats from poetry to prose writing? That must be tough to do.
TK: Only to the extent that it is always hard to get into poetry in a world that allows so little space for thought and leisure. Poetry needs more space and unbroken concentration than long fiction.

What motivates you, makes you want to write?
TK: The fact that some stories have been told too often, and some stories are yet to be told.

What are the tools you use to inspire yourself? As in writing excercises, music and such…
TK: I write only when I feel driven to it. I do not force myself to write. But yes, I do like to play music at times: mostly Bombay film music from the 1950s-70s, ghazals and qawwalis, sometimes classical (Indian or Western) or jazz, or rock from the 1960s and 70s. I am old fashioned in my musical tastes.

How does it feel, to be a successful published writer of whom expectations are different, versus a writer who just wrote just because?
TK: It is nice to know that you will be published. Apart from that, it makes little difference. Life still goes on outside your books and writing. Life enriches your books; books should not be used to impoverish your life. That's what I feel anyway.

Given the current political climate and the interest in Muslims in general, writers such at Khaled Hosseini and Mohsin Hamid are doing so well. Do you believe there is increased interest in “Muslim” fiction?
TK: Husseini and Hamid have written very different kinds of novels. There is some interest, of course, but I doubt that it is very nuanced. The success of writers like Mohsin Hamid, who are excellent writers no matter what their background might be, is still unusual.


Many writers tend to be solitary animals, not savvy sales or marketing folks. For them toughest part is the sell. How did you navigate through this?
TK: I call it the 'monkey act': I hate selling myself in a commercial sense. I love meeting my readers, but that is another matter. I think it is the publisher's job to sell a book. The writer is supposed to write it. Punktum! Unfortunately, more and more writers are being pushed into doing the 'monkey act'. Even more unfortunately, fewer and fewer of them are resisting.

What do you read – for pleasure and for motivation? 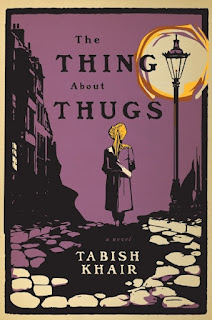 TK: Everything, from pulp fiction to philosophy and theoretical physics. Any thinking writer -- no, any thinking person -- should read as widely as possible. Read what you like, but also read what you don't like. Give it a chance.

If I were to look through your bedside reading pile what would I find?
TK: Right now? You would find a book on quantum physics, a new translation of Roberto Bolano, and a book by Abdus Samad, who is a Urdu writer from Bihar, India. I also just finished reading fiction by the excellent Isreali writer, Etgar Keret, and my American writer-friend Kris Saknusemm's 'Sea Monkeys', and they are probably still there by my bedside.

What is your next project? What are you working on?
TK: A thriller. But first I hope to finish writing a study of xenophobia for Harvard University Press.
Posted by Visi Tilak at 8:42 PM