From the Guardian, Honoring R.K. Narayan on his Death Anniversary

This article was published last year on R. K. Narayan's 10th death anniversary, but  I thought it apt to reread this on his 11 anniversary as well.

A visit to the city that inspired RK Narayan's fictional south Indian town, Malgudi, on the 10th anniversary of his death 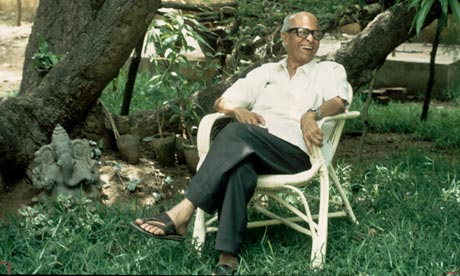