The Guardian's 10 of the best books set in Mumbai


Malcolm Burgess, publisher of the City-Pick series, selects his favourite stories and essays set in the city. He says, Mumbai's extraordinary colour, energy and humanity are captured in some of the most celebrated writing of the past three decades.
See the full Guardian piece here. 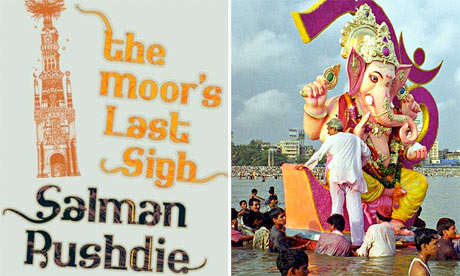 The beautifully written but also very funny novel of a vanishing Mumbai.
"Once a year, my mother Aurora Zogoiby liked to dance higher than the gods. Once a year the gods came to Chowpatty Beach to bathe in the filthy sea: fat-bellied idols by the thousand, papier-mâché effigies of the elephant-headed deity Ganesha or Ganpati Bappa, swarming towards the water astride papier-mâché rats – for Indian rats, as we know, carry gods as well as plagues … There were, in addition, many Dancing Ganeshas, and it was these wiggle-hipped Ganpatis, love-handled and plump of gut, against whom Aurora competed, setting her profane gyrations against the jolly jiving of the much-replicated god." • Chowpatty Beach 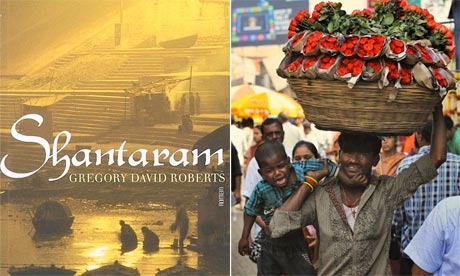 The compelling autobiographical novel of an Australian criminal who escapes to a new life in Mumbai.
"The first thing I noticed about Bombay, on that first day, was the smell of the different air … it's the smell of gods, demons, empires and civilisations in resurrection and decay. It's the blue skin-smell of the sea, no matter where you are in the Island City, and the blood-metal smell of machines. It smells of the stir and sleep and waste of sixty million animals, more than half of them human and rats … It smells of ten thousand restaurants, five thousand temples, shrines, churches and mosques, and of a hundred bazaars devoted exclusively to perfumes, spices, incense and freshly cut flowers."• Chhatrapati Shivaji International Airport 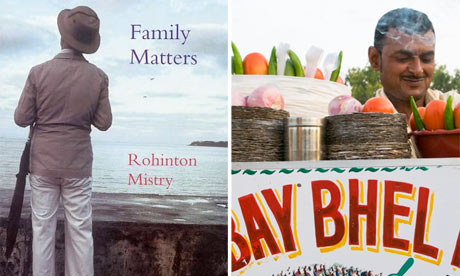 The moving story of a troubled Mumbai family, set against the backdrop of the city.
"In the flower stall two men sat like musicians, weaving strands of marigold, garlands of jasmine and lily, and rose, their fingers picking, plucking, knotting, playing a floral melody. Kariman imagined the progress of the works they performed: to supplicate deities in temples, honour the photo-frames of someone's ancestors, adorn the hair of wives and mothers and daughters.
The bhel puri stall was a sculptured landscape, with its golden pyramid of sev, the little snow mountains of mumra, hillocks of puris, and, in among their valleys, in aluminium containers, pools of green and brown and red chutneys …
It was all as magical as a circus, felt Kariman, and reassuring, like a magic show."• Marine Lines 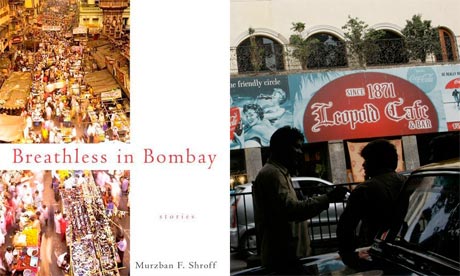 Fourteen brilliant stories set in contemporary Mumbai – shortlisted for the 2009 Commonwealth Writers' Prize.
"To walk along the streets of Colaba and to be wooed by peddlers of all trades, all motives, always involves me with a measure of excitement … To sit in Café Leopold and watch the world go by; and to sit on the parapet at Apollo Bunder and see the sail boats tossed on the coruscating waters; to walk past Jehangir Art Gallery and see the drug addicts huddled over their foil … to walk along the Gothic colonnades of the Ballard Estate and relive the solidarity of a lost era of architecture; to walk along Marine Drive and see the couples, their backs to the city, their heads huddled, a universal sun casting its light on them."• Marine Drive 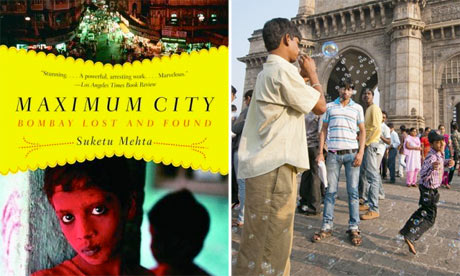 Photograph: Public domain/David Pearson/Rex Features
The definitive story of modern Mumbai in all its diversity and complexity.
"The Gateway of India, a domed arch of yellow basalt surrounded by four turrets, was built in Bombay in 1927 to commemorate the arrival, sixteen years earlier, of the British king, George V; instead, it marked his permanent exit. In 1947, the British left their Empire under this same arch, the last of their troops marching mournfully to the last of their ships … Cities are gateways; to money, to position, to dreams and devils. A migrant from Bihar might one day get to America; but first he needs a spell in the boot camp of the west: Bombay, the acclimatisation station."• The Gateway of India 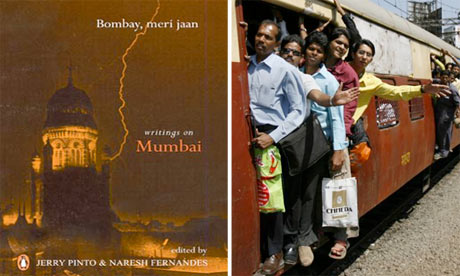 A wonderfully eclectic collection of essays on all things Mumbai.
"Asad, of all people, has seen humanity at its worst. I asked him if he felt pessimistic about the human race. 'Not at all,' he replied. 'Look at all the hands from the trains.'
If you are late for work in Bombay, and reach the station just as the train is leaving the platform, you can run up to the packed compartments and you will find many hands stretching out to grab you on board, unfolding outward from the train like petals. As you run alongside you will be picked up, and some tiny space will be made for your feet on the edge of the open doorway. The rest is up to you ...
And at the moment of contact, they do not know if the hand that is reaching theirs belongs to a Hindu or Muslim or Christian or Brahmin or untouchable, or whether you were born in the city or arrived only this morning, or whether you live in Malabar Hill or Jogeshwari; whether you are from Bombay or Mumbai or New York. All they know is that you're trying to get to the city of gold, and that's enough. Come on board, they say. We'll adjust."• Chhatrapati Shivaji Terminus 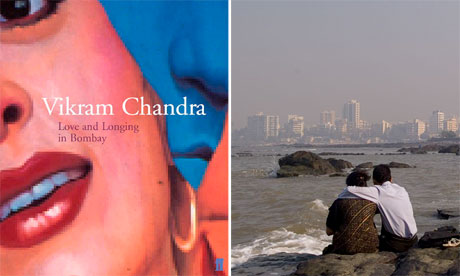 Photograph: Public domain/Abraham Nowitz
Five haunting tales set in modern Mumbai and India.
"Ramani has been to Bandra that day; and he was telling them about a bungalow on the seafront. It was one of those old three-storied houses with balconies that ran all the way around, set in the middle of towering apartment buildings, and it had been empty as far back as anyone could remember …
'They say it's unsellable,' said Ramani. 'They say a Gujarati seth bought it and died within the month. Nobody'll buy it. Bad place.'
'What nonsense,' I said. 'These are all family property disputes. The cases drag on for years and years in courts, and the houses lie vacant because no one will let anyone else live in them.'
I spoke at length about superstition and ignorance and the state of our benighted nation, in which educated men and women believed in banshees and ghosts. 'Even in the information age we will never be free,' I said."• Bandra 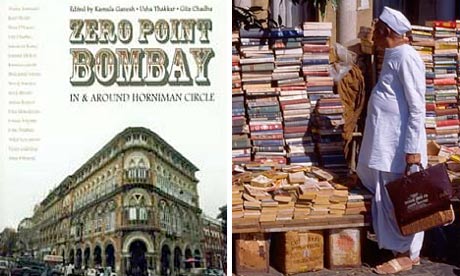 Horniman Circle is both the birthplace of the city and still a centre of business life – both celebrated in 21 fascinating essays.
"From the iconic Strand Book Stall to the newly refurbished The Bookpoint, Horniman Circle must boast the biggest number of book stores anywhere in the country. The idea of opening a book shop came to TN Shanbhag, the owner of the Strand Book Stall, during a screening at the Strand Cinema. Having been humiliated in a reputed book store of the time for touching a book, the young Shanbhag wanted to start a book store where the access to Saraswati – the goddess of knowledge, music, arts and science – would not be restricted to the elite, but would be open to a wider section of the people. Shanbhag approached Keki Mody, the owner of the Strand Cinema, with his idea, and that is how the Strand Book Stall came into being on the premises of the cinema hall."• Horniman Circle 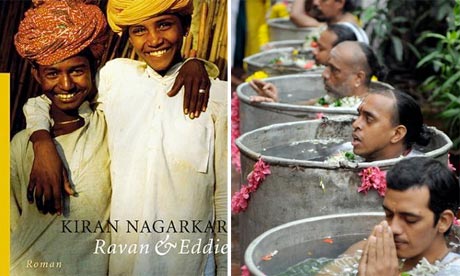 From one of India's most popular novelists, a hugely entertaining novel that opens up the world of the city's sprawling chawls, or tenement blocks.
"Life in the chawls is a perpetual melodrama in itself. Large, mostly unhappy middle-class families packed in one building – not by choice, of course. Hence, there's a lot of scope for fights and quarrels over the slightest of things. Water is not a matter of quarrels but fully-fledged war. It turns housewives into warriors and water containers into missiles and cannons. Like in a small village, everyone knows everything about everyone else ... the prime mover is water. You snapped out of anaesthesia, interrupted coitus, stopped your prayers, postponed your son's engagement, developed incontinence, took casual leave to go down and stand at the common tap … cancelled going to church because water, present and absent, is more powerful than the Almighty."• Mazagaon 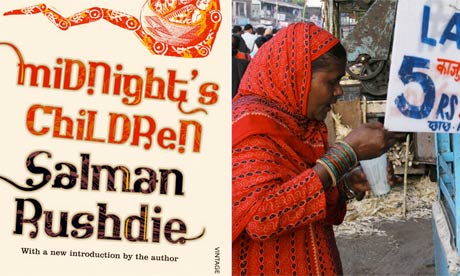 The epic story of Indian identity is also a glorious celebration of Mumbai itself.
"The Pioneer Cafe was not much when compared to the Gaylords and Kwalitys of the city's more glamorous parts; a real rutputty joint, with painted boards proclaiming LOVELY LASSI and FUNTABULOUS FALOODA and BHEL-PURI BOMBAY FASHION, with film playback music blaring out from a cheap radio by the cash-till, a long, narrow, greeny room lit by flickering neon, a forbidding world in which broken-toothed men sat at reccine-covered tables with crumpled cards and expressionless eyes."• Churchgate
• Malcolm Burgess is the publisher of Oxygen Books' city-pick series, featuring some of the best-ever writing on favourite world cities
Posted by Visi Tilak at 8:06 AM