I have to admit I was skeptical when I picked up my review copy of The Girl In The Garden. To read or not to read... I did read and I was pleasantly surprised. The elegant prose and it's similarities to The Secret Garden, were what appealed to me most about  Kamala Nair's book. This coming of age story is a departure from the usual immigrant experience and a fresh take on the story of a young Indian American girl. This book is an impressive debut and has been very well received by readers and critics.


Kamala Nair was born in London and grew up in upstate New York, Vermont, and Minnesota. A graduate of Wellesley College, she studied literature at Oxford University and received an M.Phil in Creative Writing from Trinity College Dublin. She currently lives in New York City, where she has worked at ELLE DECOR magazine. Suprose had the pleasure of interviewing her.

I have been writing for a long time. I can’t recall when I first started, but I think my love of writing was born out of my love of reading. As a child I was a passionate reader, and that organically led to writing my own stories. After college I decided to attend a graduate creative writing program in Ireland, which is where I started The Girl in the Garden. My plan was to attend law school after I finished the program because I was afraid of not having some kind of solid, conventional career path to follow, but once I had all that time, space, and freedom to write in Ireland, I realized I could never be fulfilled doing anything else.
2. Have you received formal training in writing? How did you prepare yourself for the daunting task of writing a novel? 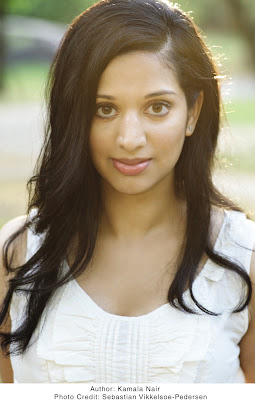 My formal training began with a poetry class with Frank Bidart in college. I learned so much from that class, and he is an amazing teacher. After that I did an M.Phil in Creative Writing at Trinity College Dublin. With only 14 people in the program, our workshops were intense and intimate. I didn’t really prepare myself to write a novel, because that wasn’t my original intention. It was something I wanted to do eventually, but at the time I was writing short stories. My novel grew out of a failed short story. Once I started expanding it I couldn’t stop.
3. What did you love most about this writing process, and what were your biggest challenges writing and revising your debut novel?
I loved the trance-like experience of the writing process, when it was going well. I would sit down at my desk to write and then emerge a few hours later with pages of work that I wouldn’t fully recall producing, and then walk around the rest of the day in a state of euphoria. The biggest challenge was finding the discipline to keep writing amid the stresses of my day job and the social distractions of living in New York. Revising was difficult because I could no longer shut out my inner critic. Writing a first draft can be a magical and liberating process, but revising is cruel. You have to be really harsh with yourself.
4. Who did you read growing up?
I read a lot of fairy tales, as well as many of the classic children’s books, from The Secret Garden (of course) to Little Women to Anne of Green Gables. I read a lot of great 19th-century British novels, including Jane Eyre and Wuthering Heights, long before I was able to understand them.
5. Which writers would you consider your role models?
The Brontës, Vladimir Nabokov, F. Scott Fitzgerald, Ernest Hemingway, Edith Wharton, James Joyce, Edna O’Brien, Arundhati Roy, among others.
6. What are some books that are sitting on your table, waiting to be read?
The Marriage Plot by Jeffrey Eugenides…I’m trying to save it for my upcoming vacation in December. Also, Last Man in Tower by Aravind Adiga.
7. What did you enjoy most about writing your first novel The Girl In The Garden? And what were some of the biggest challenges?
I enjoyed exploring the back-stories of all the characters, and getting to know them intimately. I also enjoyed trying to remember what it felt like to be a ten-year-old girl and seeing the world through her eyes….the innocence and the heightened drama of everything. Tuning out thoughts of the eventual outcome and what other people might think was a challenge. 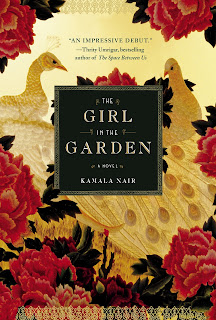 8. POV, characterization, voice, dialog, what do you think makes or breaks a good novel?
An authentic voice, compelling story, and characters the reader can care about.
9. If you were not a writer what would you be?
Hmmm, probably a TV journalist. I went to Wellesley because Diane Sawyer is an alum and she was one of my heroes in high school. Either that or a zoologist or veterinarian because I love animals, but I’m terrified of snakes so that probably wouldn’t have worked out.
10. When you are dealing with writers blocks or slow moments, what are some of your creativity boosters… music, writing exercises, reading, others?
Listening to classical music, re-reading beloved books, taking long runs, and when all else fails, a nap.
11.  How do you work, do you go by a structured writing schedule? Where do you write, describe your writing environment?
When I was working on THE GIRL IN THE GARDEN, my schedule was pretty structured by default since I had a day job. I woke up around 5:30 or 6 and wrote until it was time to get ready for work. On the weekends I set aside a few hours per day to write. I lived in three different apartments over the course of time that I wrote that book, so my writing environment was constantly shifting. It usually consisted of a dining room table if no one was home, or the antique desk in my bedroom, the only nice piece of furniture I bought when I first moved penniless to New York. I still write at my dining room table or at that desk, or I go to the Rose Room at the main branch of the New York Public Library. Mornings are still the best time for me to write.
12. What are you working on currently? Where is it going to be based? Can you give us a peek?
It’s still in an early stage, so I’d rather not say too much about it quite yet. I can say it’s different from The Girl in the Garden, and that it’s a historical novel that takes place in the 19th century. I will definitely keep my readers updated.
Posted by Visi Tilak at 8:00 AM